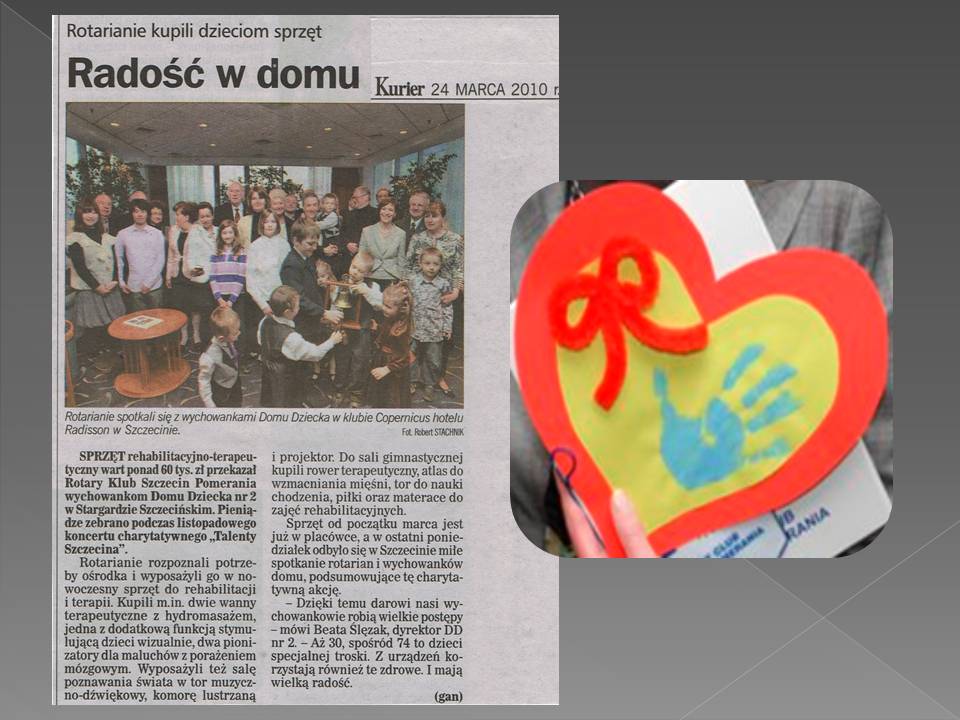 On 22.03.2010 we organised an official hand-over ceremony of the therapeutic equipment purchased by our Club for the Children’s Home No 2 in Stargard Szczeciński.
The equipment was purchased for over 60 000 PLN collected during the charity concert TALENTS OF SZCZECIN thanks to our kind Sponsors whose representatives also participated in the ceremony.

During the official part the director of the Children’s Home thanked our club and read the letter from the Stargard municipality who also appreciated our donation very much.
Then there was time for performances – Julia Pałac played flute, accompanied by Anna Paras – they both performed in the concert TALENTS OF SZCZECIN. Also children from Stargard Szczeciński sang and danced for the audience.
During the ceremony we also accepted a new member – please click below for more details and photos.