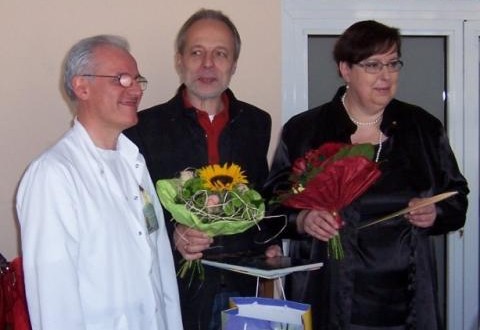 Our main charity project for 2010/2011 was the purchase of specialized bronchoscope for children ward at Zdroje Hospital. This project was carried out with an enormous assistance from our German friends and partners, namely RC Neubrandenburg, who also bought it in Germany.
One May Saturday in 2p011 the boards of the clubs met in Zdroje Hospital welcomed by the Prime Doctor of children ward dr.Paweł Gonerko. We were shown the past, present and the future of the hospital, were taken on the children ward tour and later we handed in the much needed equipment.
Share Post: