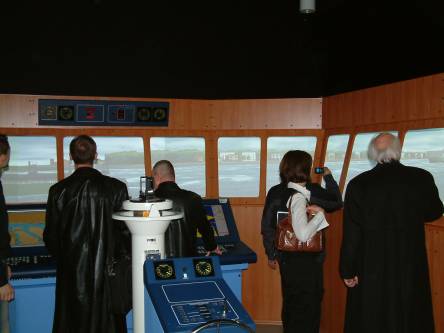 Following an invitation form the Deputy Rector, Mr. Zbigniew Szozda, the Club paid a visit to the Maritime University in Szczecin, located at Waly Chrobrego, on the banks of the Odra River.
The University was established in 1947 and is one of the best in the World. It has about 4000 Students. Around 240 Members of Staff look after the Students, and 54 of them are Professors. There are three Faculties within the University:
– Navigation
– Maritime Engineering and
– Economy and Transport Engineering.
There are also some very well equipped Practical Training Rooms; amongst them are the Engine Room Simulator, Fishing Simulator, Maneuvering Simulator, and a Radar Simulator.
There is a huge demand for skilled naval officers and the Ship owners snap up many students in their second year to secure their services for the future.
We spent quite some time in the simulator room and fortunately no one was actually seasick. Thank goodness there were also no reports on the news last night that a ship had gone berserk in Hamburg harbour, sinking one ship and finishing in the city centre shopping precinct.
The meeting finished with a presentation about the History and work of the university and closed at 20.30 hours.
Sincere thanks to Mr. Zbigniew Szozda for giving up his time and providing a very interesting evening.Phil Brooks 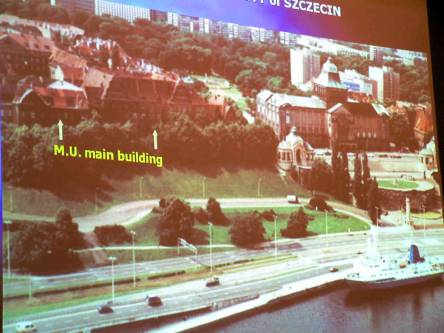 View of the University 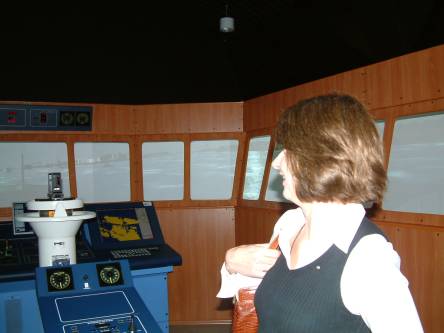 Who is in charge 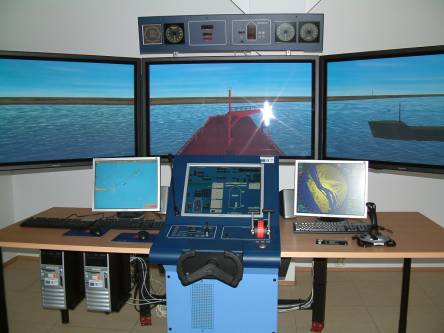 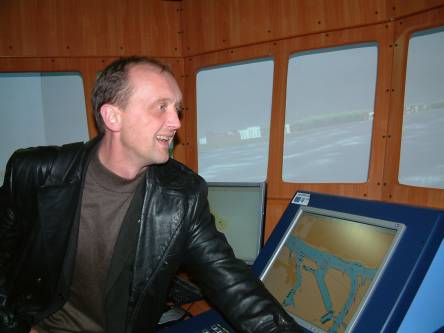 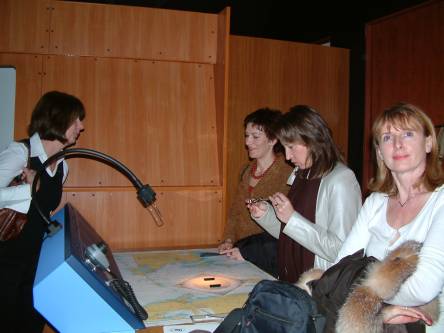 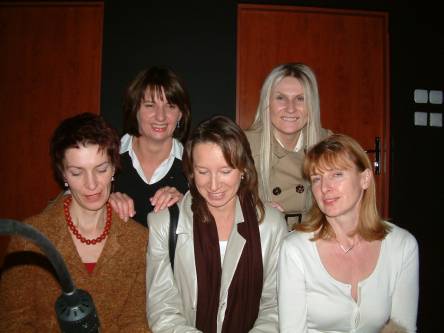 Where are the sailors 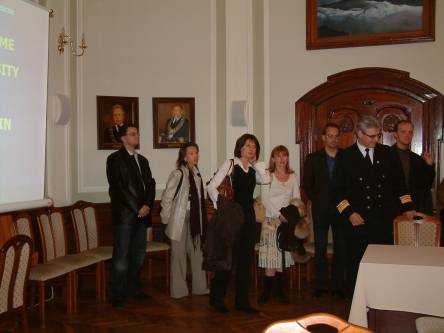 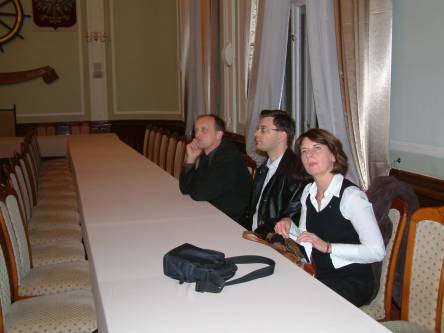 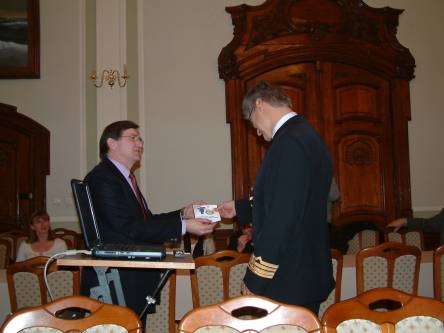