Visit to the Fire Station in the Firlika Street, Port area, 1st March 2006

On the first of March 2006 the Club paid a visit to the Old Port Fire Station in Firlika Street. The commander of the station explained the role of the Fire Service which covers a very large area in Western Pomerania.
In addition to Fire fighting and prevention the Service is becoming more involved in tackling environmental and other emergencies.
After the talk about the service several of the appliances were examined. 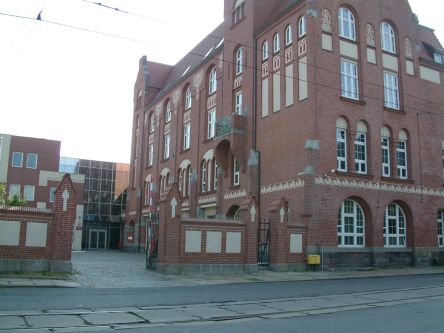 Outside view of the Station 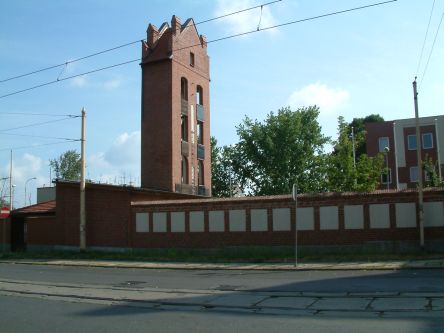 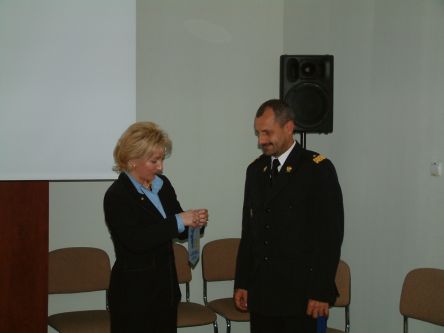 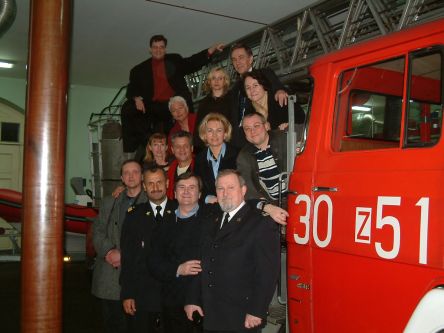 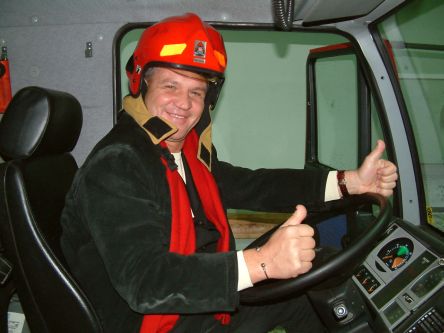 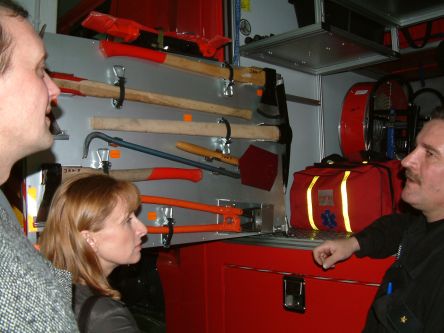